It is AR technology. How does it work? 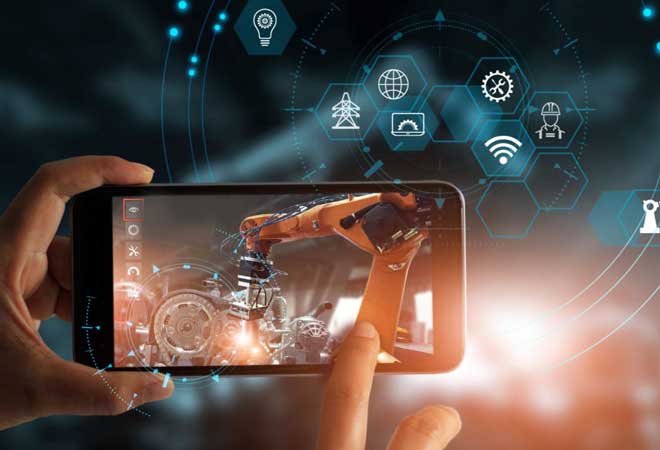 Augmented reality does not seem as exciting as virtual reality at first glance, but it can nevertheless bring many positive aspects to everyday life. Its potential is enormous, as it allows us to bring elements of virtual reality into the real world, complementing what we can observe, listen to and feel. Augmented reality augments the physical world with digital data provided by computer devices (smartphones, tablets, and AR glasses) in real-time.

Put, unlike VR (virtual reality), which involves complete immersion in a virtual environment, AR engages our environment and only superimposes a certain amount of virtual data, such as graphics, sounds, and sensory responses, on top of it. Through the harmonious coexistence of virtual and real worlds, augmented reality users can experience a whole new and improved world where virtual information is used as an additional helpful tool to help with everyday activities.

Applications that use AR can be as simple as a quick text message, for example, or as complex as instructions for a complex surgical procedure. They can highlight specific points, expand understanding of different things, or provide accessible and instantaneous data.

What types of augmented reality exist?

There are several different technologies used to create AR. Let's take a look at them.

Marker-based augmented reality. It is also sometimes referred to as image recognition. This technology uses cameras and a unique passive visual marker, for example, a QR code (Quick Response Code), which demonstrates a given result only after the sensor reads it. Due to this, it becomes possible to distinguish objects of the virtual and real world.

Augmented reality without markers. Sometimes it is also called coordinate-oriented or GPS-oriented. To obtain data about your location, it can use the data of the Global Positioning System (GPS-Global Positioning System), a digital compass, speed sensor, or gas pedal, which your device is equipped with. Because of the massive proliferation of modern smartphones and tablets, this system is the most common today. It is often used to mark directions, find the right place, such as a café or office, or in location-based applications.

It augmented reality projection. This method works by projecting light points onto material planes. Specially designed applications facilitate the interaction between the person and the bill by determining when the person touches the projected light. It is accomplished by comparing the expected projection to one altered by certain obstacles, such as the touch of a hand. Another exciting way is plasma technology, which can create three-dimensional points in space.

It is augmented reality-based on VIO. Visual inertial odometry is a technology that helps track position and orientation in space using transducers and cameras. It enables the creation of an accurate 3D space model of the device, updates it in a real-time mode, defines its location, transfers this data to all applications, and superimpose additional layers on top of it. The capabilities of this technology are unique: you can measure distances, insert various objects into the interior and interact with them. VIO promises to be the most promising technology in AR. It is used by giants such as Google in its Project Tango and Apple in ARKit.

In what areas is AR used?

The possibilities of using AR technologies are almost limitless and can be applied to virtually every aspect of our lives. They will qualitatively change how we communicate, consume information, and conduct business. Here are a few examples of their use in real life.

Education. The Google Expeditions app can make learning more interactive with special tours in which young explorers can look at different objects while a teacher talks about them.

Medicine. Viper has proposed a solution that combines telemedicine and AR. Using Google Glass glasses and the Vipaar app, surgeons can help their colleagues from a distance by projecting their hands onto the surgeon's glasses performing the surgery.

Aviation. Military pilots have long used AR. Unique displays and helmets display information about the fighter's systems and help guide it to the target. AR is beginning to make its way into civil aviation as well. For example, Aero Glass has developed special augmented reality glasses that help pilots navigate space, follow the route, and get additional information during the flight.

Marketing. With the help of AR technology, brands can conduct more creative and interactive advertising campaigns, thus attracting additional attention to their products. For example, to promote the fifth season of The Walking Dead, an AR system was installed at a bus stop that "transported" zombies into the real world.

Tourism. New generations tend to experience the world through direct interaction. For example, the Catalan National Museum of Art has begun to actively use AR to navigate the confusing corridors better and interactively explore the exhibits.

Design. Furnishing an apartment has become much easier because instead of imagining whether a particular thing will fit you, furniture can be included in the interior virtually - with the help of the AR application Furniture Dropping.

Shopping. While you're in the supermarket, AR-apps will help you navigate among the many rows and find the best way to the right product. In addition, there will be an opportunity to get more information about discounts and bargains.

Games. Probably no person would not have faced insanity. Who - someone ran around the city searching for Pokémon, and who - someone irritably bypassed the people who stared at their smartphone, confused underfoot.