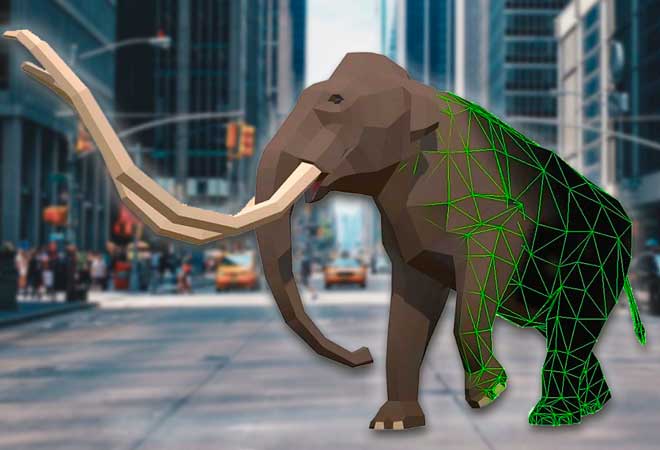 Paleontologists at La Brea Tar Pits develop a veritable flock with the scientific accuracy of extinct animals for use in AR and VR. Everyone can bring these extinct animals to life using augmented reality (AR), according to new research. Los Angeles Museum of Natural History and La Brea Tar Pits worked with researchers and designers at the University of Southern California (USC) to build over a dozen new, science-accurate virtual animal models of the Ice Age.

The experts are studying how AR affects learning in museums but quickly realized that there are still no credible images of Ice Age animals in the meta-universe that they could make use of. With that in mind, they took advantage of all the latest paleontological research and developed their models.

They used a blocky, low-polygon style to create the models, making them scientifically accurate, but also fairly uncomplicated to use on an ordinary, low-performance cell phone.

The innovation of this method is that it allows us to develop scientifically accurate illustrations for the meta volume, without getting bogged down in details that don't yet have enough reliable raw data.

Scientists expect this paper to draw more attention to paleoart, a form of art that reconstructs what extinct animals would have looked like. Paleoart can be very important to society's and even scientists' own understanding of the fossil world.

Although paleoart is frequently treated as an afterthought and is never as rigorously vetted as other research papers.

For this reason, a group of scientists decided to make public the research and creative solutions used in the development of these models. This would make it easy for other scientists and paleo-artists to pursue developments in the field. In doing so, it is hoped that other paleoartists and scientists will begin to publish all the research they have done in recreating extinct species.  As a result, paleoart will become better and more accurate for everyone.

This scientific research was conducted with funding from an NSF AISL grant.

Seeing extinct animals in AR can be done in several ways:

- INSTAGRAM - under "Add Story," you must select "Camera." In the camera menu, there is a carousel of AR effects to the right of the record key.  Swipe all the way to the right to the "Effects Overview" button, clicking on it will bring up a gallery of effects. Click on it to see the effects gallery. In the effects gallery, look for any of the AR animals.

- La Brea Tar Pits - The La Brea Tar Pits excavation site is considered the only active and urban Glacial Age excavation site in the world. This makes the site a unique, publicly accessible scientific window where fossils are found, studied and exhibited in one place. Visitors can admire live excavations of the remains of plant and animal life that have existed on earth for the past 50,000 years in an open area.

At the museum, researchers and enthusiasts clean, restore and identify these very remains. The best specimens are displayed and offered for study: unusual species of saber-toothed cats, giant sloths, wild wolves, as well as mammoths and mastodons.