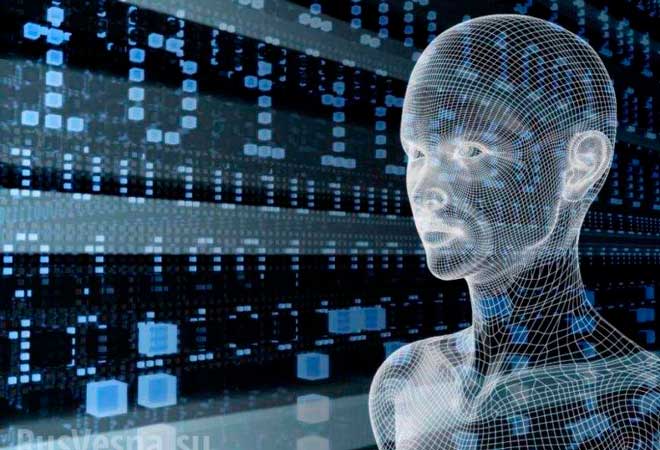 It is hard to imagine a future without nanotechnology. Controlling matter at the level of atoms and molecules has paved the way for the most incredible discoveries in chemistry, biology, and medicine. But the possibilities of nanotechnology are much broader and not yet fully understood. If it were not for the invention of the scanning tunneling microscope (STM) is 1980, the field of nanotechnology would have remained a mere fantasy. It made it possible to study the structures of matter in a way that would have been impossible with conventional optical microscopes, which cannot provide atomic precision.

The unique capabilities of the raster microscope were demonstrated by IBM researchers when they created "The Boy and His Atom," the world's most minor animated film. It was filmed by moving individual atoms of matter across the surface of copper. For 90 seconds, the boy, composed of carbon monoxide molecules, could play with a ball, dance, and jump on a trampoline. The entire plot, consisting of 202 frames, took place over an area the size of 1/1000th of the thickness of a human hair. Scientists moved atoms with an electrically charged and very sharp stylus with a single atom tip. Such a stylus could separate a molecule and move it to the right place and position.

Over the past decade, the cost of producing oil worldwide has increased, but the efficiency has remained the same. The fact is that when production is mothballed by an oil company in a particular location, just under half of the oil previously produced remains in the bowels of the earth. But it is difficult and expensive to get to these deposits. Scientists from China have come up with a way to solve this problem by improving the existing drilling method. The originality of the technique lies in the fact that water is pumped into the pores of the oil-bearing rock, which pushes the oil out under pressure. But this has its difficulties because water also starts to come out after the oil is displaced. So, to prevent this effect, Chinese scientists Peng and Ming Yuan Li proposed mixing water with nanoparticles, which can close pores in the rock, allowing water to choose narrower passages to push oil out.

An image on a computer screen is transmitted in pixels - tiny dots. The quality of an image depends on the number of those dots, not their size or shape. If you increase the number of pixels on traditional monitors, you must automatically increase the size of the screen itself. Leading manufacturers are in the business of selling big screens to the consumer.

Understanding the promise of nano pixels, researchers at Oxford University came up with a way to create pixels as small as a few hundred nanometers in diameter. In an experiment where scientists placed several layers of GST material as a pixel between transparent electrodes, they obtained high quality and contrast images. Nanopixels, due to their tiny size, would be more practical than traditional ones and could be the basis for the development of optical technologies such as smart glasses, artificial retinas, or foldable screens. In addition, nanotechnology is not energy-intensive because it can update only part of the screen to transmit images, which requires less energy.

Experimenting with gold nanoparticles, scientists at the University of California noticed that when stretched or compressed, the color of the gold filament surprisingly changed from bright blue to purple and red. They came up with the idea to create special sensors made of gold nanoparticles to indicate specific processes that would affect the particles in one way or another.

To create such sensors, scientists added gold nanoparticles to a plastic film. The moment the film was exposed, it would stretch, and the gold nanoparticles would change color. When lightly pressed, the sensor would turn purple, and it would turn red when pushed hard. Silver particles, for example, could also change color, but to yellow. While using precious metals, such sensors would not be expensive because their size is insignificant.

Each model or brand of phone or smartphone, iPhone or Samsung, has a significant drawback - battery life and charging time. Israeli scientists created a battery that takes 30 seconds to charge, thanks to medical discovery. The fact is that while studying Alzheimer's disease at Tel Aviv University, scientists discovered the ability of peptide molecules that cause the condition to accumulate an electrical charge. StoreDot was interested in this discovery because it has long been active in the practical application of nanotechnology, and its researchers have developed NanoDots technology for efficient and longer-lasting smartphones. During a demonstration at Microsoft's ThinkNext achievement show, the Samsung Galaxy S3 phone battery was charged from 0 to 100 percent in less than a minute.

Some medical companies, realizing the threat of diseases such as cancer, whose treatments are often ineffective and untimely, have begun researching cheap and effective ways to combat them. One such company, Immusoft, has become interested in developing ways to deliver drugs into the body. Their revolutionary approach is based on the principle that the human body, with the help of the immune system, can produce the necessary drugs itself, which would save billions of dollars in drug production by pharmaceutical companies and therapy. The human immune system will be "reprogrammed" at the level of genetic information using a unique nanoscale capsule. As a result, the cells will begin to produce their drugs. The method has been presented only as a theoretical development, although experiments on rats have been successful. If effective, it would speed up recovery and reduce the cost of treating severe diseases.

4. Communication at the molecular level.

Electromagnetic waves, the basis of modern communication technologies, are not a reliable tool since any electromagnetic pulse can disrupt the communication satellite and disable it. Scientists from the University of Warwick, England, and the University of York, Canada, proposed an unexpected solution to this problem. It was suggested by nature itself, namely, how animals communicate at a distance using the scent they use to encode messages. Scientists also attempted to encode vaporized alcohol molecules using revolutionary communication technology and sent the statement, "Oh, Canada."

To encode, transmit and receive such a message, you must have a transmitter and a receiver. The text message is typed on the transmitter using an Arduino one (microcontroller for encoding), which changes the text utilizing binary code. This message is recognized by the electronic alcohol atomizer, which transforms the "1 " to one injection and the "0" to a skip. A receiver with a chemical sensor then picks up the alcohol in the air and decodes it into text. The message covered a distance of several meters in an open space. If the technology is perfected, humans will be able to transmit messages to hard-to-reach places, such as tunnels or pipelines, where electromagnetic waves do not penetrate.

Over the past decade, computer technology has made a massive leap in developing information storage capacity and power. At one time, 50 years ago, such a leap was predicted by James Moore. The relevant law was even named after him. But modern physicists, namely Michio Kaku, argue that the law will no longer apply because the power and capacity of computing equipment do not match the existing production technology.

Scientists are now forced to look for alternative solutions to this problem. For example, researchers from RMIT University in Melbourne are already on their way to creating devices that will mimic the work of the human brain, namely the information storage department. The role of the "brain" is played by a nanofilm chemically programmed to store electrical charges on an "on, off" basis. The film, 10,000 times thinner than a human hair, will be critical in developing revolutionary information storage devices.

2. Nanotechnology in the arts.

The prospects associated with nanotechnology in science have long fascinated society. Still, the possibilities are so great that they cannot be limited to areas such as medicine, biology, and engineering. The use of nanotechnology in the arts will lead to manometry - creating a tiny world under a microscope that people will perceive in a completely different way.

Nanoscience implies a connection between science and art. A prime example is a portrait of U.S. President Barack Obama called Nanobama, created in 2008 by a mechanical engineer at the University of Michigan. The picture is made of 150 nanotubes, and the face size is less than 0.5 millimeters.

Man has worked hard to create something more significant in size, the fastest, the strongest. It is impossible to do without nanotechnology when it is necessary to create something relatively minor. For example, they made it possible to print the world's most miniature book: "Teeny Ted From Turnip." Its size is 70x100 micrometers. The book itself consists of 30 pages, placed letters of crystalline silicon. The cost of the little masterpiece of literature is estimated at 15,000 dollars, and to read it, you will need an equally expensive microscope.