VR dumbbells are perfect for fitness on Quest 2 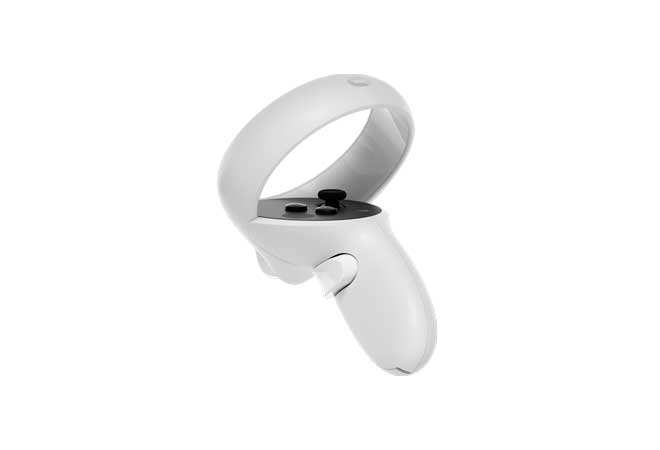 We've seen quite a few VR fitness accessories since Meta Quest 2 began sales, but there's nothing like the VR dumbbells from KIWI Design. Many VR fitness accessories are designed to make it easier to sweat in your headset, and the VR Weight Dumbbells for Meta Quest 2 is specifically designed to make it harder. Available now on Amazon, the VR dumbbells are a set of individual attachments that can be used to adjust the emotional weight of each touch controller. The system comes with two pouches for both controllers that hold several polished plates of 1.8 ounces each. Up to three dishes can be placed on each controller mount; the more leaves added, the heavier the controller will be.

Mounting is pretty simple. Slide the four covers over both the top and bottom of each controller, place the desired number of plates in the center ring, and secure the base handle. To prevent the weights from shaking during use, use the weights adapters to create a tight connection.

VR technology is excellent for cardio-based workouts but lacks strength-based exercises. Some companies have developed solutions to this problem, using specific gadgets that are effective but not exactly cheap and readily available.

KIWI virtual dumbbells are a unique middle ground for those who want an effective VR workout that is not expensive. After practicing with KIWI VR dumbbells for two weeks, you can notice their effectiveness. Despite this, this device has some limitations.

Specifically, the dumbbells allow you to increase the load on each controller by about 5.3 ounces. However, if you improve the weight, you can ruin the ring. Of course, you can't say for sure, but it feels like the KIWI VR dumbbells are the maximum weight you should put on your Touch controllers. Also, sometimes the accessory's lid can get caught up in the controller's joystick.

Nevertheless, although they have minor drawbacks, KIWI VR dumbbells are an excellent tool for VR fitness fans. While they are designed directly for workouts such as FitXR and Supernatural VR, the accessories can also be used for various VR games and programs. For example, VR dumbbells can simulate the gravity of particular virtual objects, including weapons in the first-person shooter Contractors or golf clubs in the VR mini-golf game Walkabout Mini-Golf. The extra heaviness was also a great solution in the play The Climb 2, in which a large amount of movement is on the upper body.

Fitness app to track workouts outside of VR

Keep track of the number of calories spent and the total duration of your workout in VR directly from your smart device.

Meta (formerly Facebook) has announced a new update to its Oculus Move fitness app, so you can continuously monitor your workout results outside of your VR headset. Right now, to track stats, you have to wear a Meta Quest or Meta Quest 2 headset and launch the Oculus Move app in VR.

With the upcoming update, you'll have access to the same data through the official Oculus app on iOS and Android devices, and no headset is required.

Oculus Move is in your library by default. There will be a small tutorial that describes how your progress is tracked for those who are using the app for the first time.

Meta also announced expanded support for Apple Health. Users of the iPhone, iPad or Apple Watch will soon be able to pair Oculus Move with their Apple Health account, thereby monitoring their workout progress both in and out of VR without entering information manually. Like the Oculus app, you will need to log in to pair your Apple Health account manually.

According to Meta, these features will appear on Meta Quest and Meta Quest 2 in a free update next month.