Meta has announced improvements to Quest 2 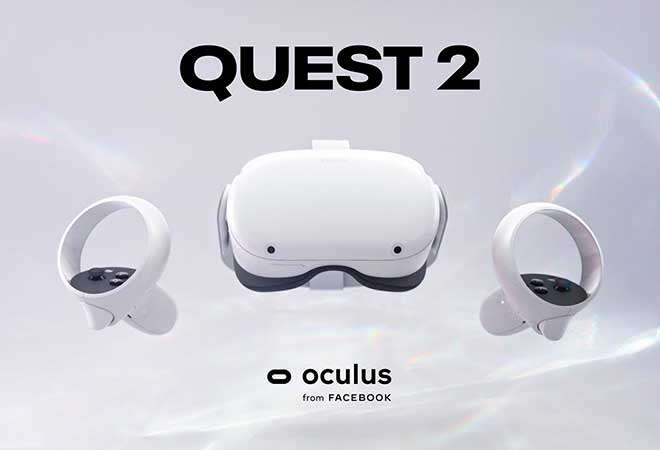 These improvements will allow hand movements to be tracked without a controller. The new concept of using computer vision and machine learning will allegedly improve the accuracy of recognizing overlapping or moving hands and certain gestures. Meta was the first company to introduce the controller's hand tracking feature in its original Quest in late 2019, which remained a "pilot" option until late 2020. Developers began allowing the new feature to be used in their apps.

Since then, many games have emerged that use hand tracking in their apps, and some games are based solely on hand tracking.

Almost two years later, Meta has announced that there will be "significant enhancements" to the hand tracking system in Quest 2 (the company has confirmed that the original Quest game will not include these enhancements).

These improvements come with the help of rebuilt computer vision and machine learning, which have improved the hand tracking system's robust performance in critical aspects.

In version 1.0, hand tracking on Quest 2 caused particular problems identifying a player's hands if they were obscuring or touching each other and moving quickly. The user saw his virtual hand disappear for a second at moments of lost tracking and reappear after the system detected it again.

Meta says that with version 2.0 of the hand tracking on Quest 2, the system will handle scenarios with obstacles and fast movements much better, resulting in fewer hands disappearing. The company calls this an "improvement in tracking continuity."

The update also claims to improve gesture recognition in the hand tracking system. The gesture identification feature finds specific hand postures that the system recognizes as unique and can be taken as input. In particular, pinch gestures enable users to "push" objects in the Quest interface.

According to Meta, an update 2.0 to the Quest 2 hand tracking system will be released through the SDK and OS versions. Developers who have built hand tracking into their devices won't need to make changes to API calls to use the updated system, but the system won't automatically be enabled.

This solution will make the hand tracking in Quest 2 a notch closer to Ultraleap, which supports one of the best hand tracking in the industry today, even though it's not yet clear what the two systems will look like in comparison.

Also, Meta plans to get about 50% of 'Horizon Worlds' developer revenue

This week, Meta announced that it has begun testing sales tools with which authors will sell various items in Horizon Worlds and make a real profit in the process. The company has now released more details on how this will happen, including the amount of remuneration that authors will be paid from the profits generated through this platform.

According to Meta, the goal of various meta-universe initiatives is to enable people to "make a living" by creating virtual products on their platforms. But to achieve this, authors will have to pay a hefty commission to the company.