Alternative treatment for autism with AR 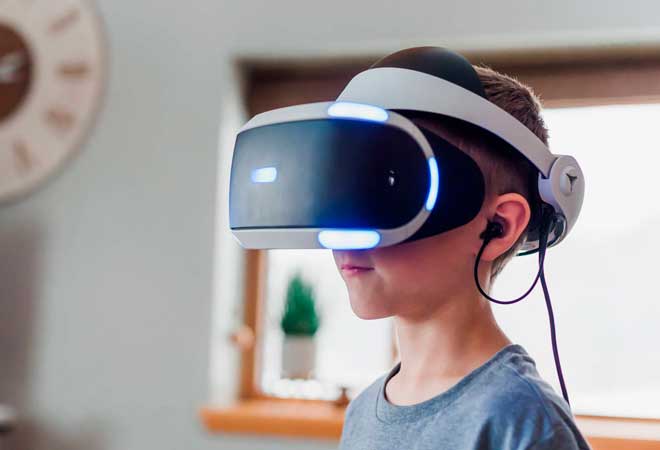 Immersive virtual reality devices have existed for a long time. Still, their application was mainly limited to the gaming sector throughout most of their history. Virtual reality (VR) and its even more breathtaking alternative, augmented reality (AR), have slowly made their way into the medical field for several years. But only 2021 made a breakthrough and released a flood of AR and VR into the sector.

The COVID-19 pandemic has given new meaning to virtualization. The past year signaled a significant turning when many of this seemingly futuristic medical tech finally came true. Suppose 2021 was when immersive technology eventually identified its way into health care. In that case, it makes sense that 2022, for its part, will be the year that patients, suppliers, and technology developers will finally start to enjoy the strengths of AR and VR.

According to the latest market survey report in 2021-2026, the healthcare VR market will grow by approximately 35% per year, growing to over $40 billion by 2026. This amount is much more than the poor $2.7 billion VR borrowed in medicine in 2020.

In a child's mind, everyday routine items can become anything: a large cardboard container can be a missile, and a wooden block can be an airplane. While this imaginative play may be enjoyable, it also has an essential function in mental growth. Creative freedom increases social and vocabulary skills and the "theory of mind" - the capacity to recognize our expressive conditions and the understanding that other individuals see things in another way than we do. This play usually begins in a person's life at about 18 months of age and peaks in active usage between four and seven. However, for kids with autism or Asperger's Syndrome, the chances of participating in acting out this kind of action are significantly reduced.

The conditions of autism are characterized by complications in developing social connections and communication competencies. The problem of isolating imaginary play is one of the standards used in making a diagnosis. Diverse intervention scenarios are nowadays utilized to foster kids with autism or Asperger's syndrome to build such a game, showing variable effectiveness. Experimenters at the University of Cambridge have created a boosted procedure to support children with autism in experiencing a game simulation in a more visually appealing and expressive manner.

The benefit of operating augmented reality is that it can assist these children in incorporating what they discover from the computer procedure into their existence. Thus, AR is a kind of extension of the world. It will be more painless for children to move their gaming experience into reality.

XRHealth also shared its development in the issue of supporting youths with autism. Their technology is primarily aimed at eliminating the consequences of autism: from stress and anxiety to the evolution of memory and coordination.

VR sessions can take place both in groups and individually. The therapy process occurs in an accessible environment, so there are usually no problems with adherence to the treatment plan. At the same time, the technique monitors the actions of the patient and the therapist. It conveys all the necessary information about the progress of the work done.

More than 2% of adults in the US alone have some phase of ASD. According to some estimates, their number is increasing from year to year. XRHealth technology and others like it have tremendous development prospects due to their financial availability and versatility in providing therapy.