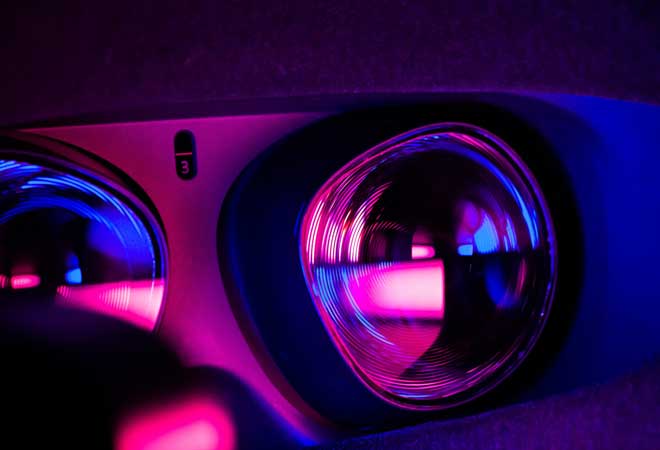 Sony's VR2 headset is said to have the technology to track the player's eye movements. This is already a big step forward since the line of sight is recorded internally and is no longer dependent on external sensors. In addition, the headset can adjust the focus and always focus on the image you are looking at. This allows new ways of expressing yourself, especially when interacting with other players.

Other than that, we already know a lot about the technical data and specs of the VR2. Most of the information can already be seen on the official website of the headset. The only unclear thing is when the headset will be launched. At first, it was said that the end of 2022 would most likely be published, and now more likely 2023. However, no one knows for sure. However, Sony has now patented another new technology. It shows that Sony is still developing a new headset.

The new technology combines the previously described gaze tracking technology with aspects of machine learning. When the headset tracks a player's eyes, the headset collects various data. It includes, for example, where the player's gaze goes first. From this, in turn, conclusions can be drawn about whether some things directly draw our gaze to us. Developers can use this data in the future to integrate beautiful and exciting scenes into their games. You can deliberately direct players' gaze and draw attention to details that might otherwise go unnoticed.

Collecting this data, however, takes time. By then, however, the new technology will have a direct application. It measures where the player looks first in an existing scene and then directly visualizes that part of the scene. It means that the entire set is not entirely rendered at once. It reduces the load on the console considerably.

There are already little tricks that developers use to guide the player through the scene. First and foremost, we're talking about light and sound, which are used so that the player automatically looks at a particular area. However, this could work even better in the future if specific patterns in player behavior are known with Sony's new technology. It is not yet known whether Sony intends to use the technology in this way, but it is obvious.